Oak City Sound is proud to have the following quartets associated with our chorus.  We endorse all of them as excellent singers and entertainers, suitable for any occasion.

7D sings favorites from all sections from the Great American Songbook. 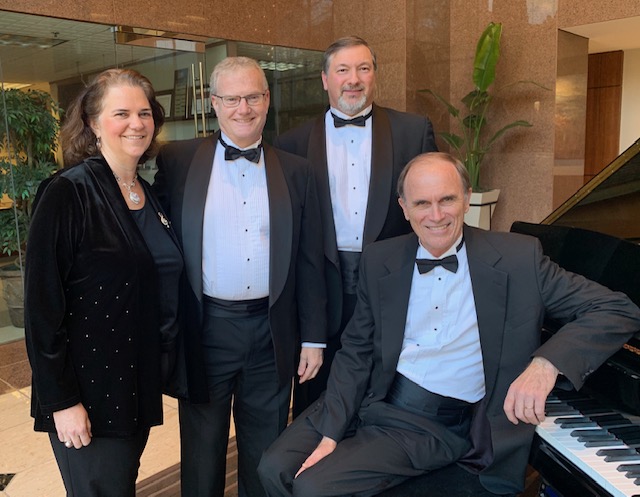 7th Dimension is the hottest new a cappella quartet in Fuquay-Varina NC. Formed in mid-2019, 7th Dimension has already performed at numerous events in the Raleigh / Fuquay area. At one such concert on December 14, "7D" gave a "lights-out" performance in Duncan, NC. (Well, OK, the power actually went in and out while we performed). Last November, in their first foray into competitive singing, they rocked the musical world by garnering 2nd place among mixed quartets. The famous crooner, Andy Williams, called (from heaven) to congratulate them, and said, "I only wish I could have had you on my Christmas TV Special in 1966!" (Too bad 3 out of the four had not been born yet).

7th Dimension is available for performing for your event, if we're not tied up playing in the Cumberland County Line Bluegrass Band, or directing the choir and orchestra at Fuquay-Varina United Methodist Church, or directing Greensboro's Tarheel Chorus, or singing with The Master's Men, or singing with Fayetteville's Cross-Creek Chordsmen. 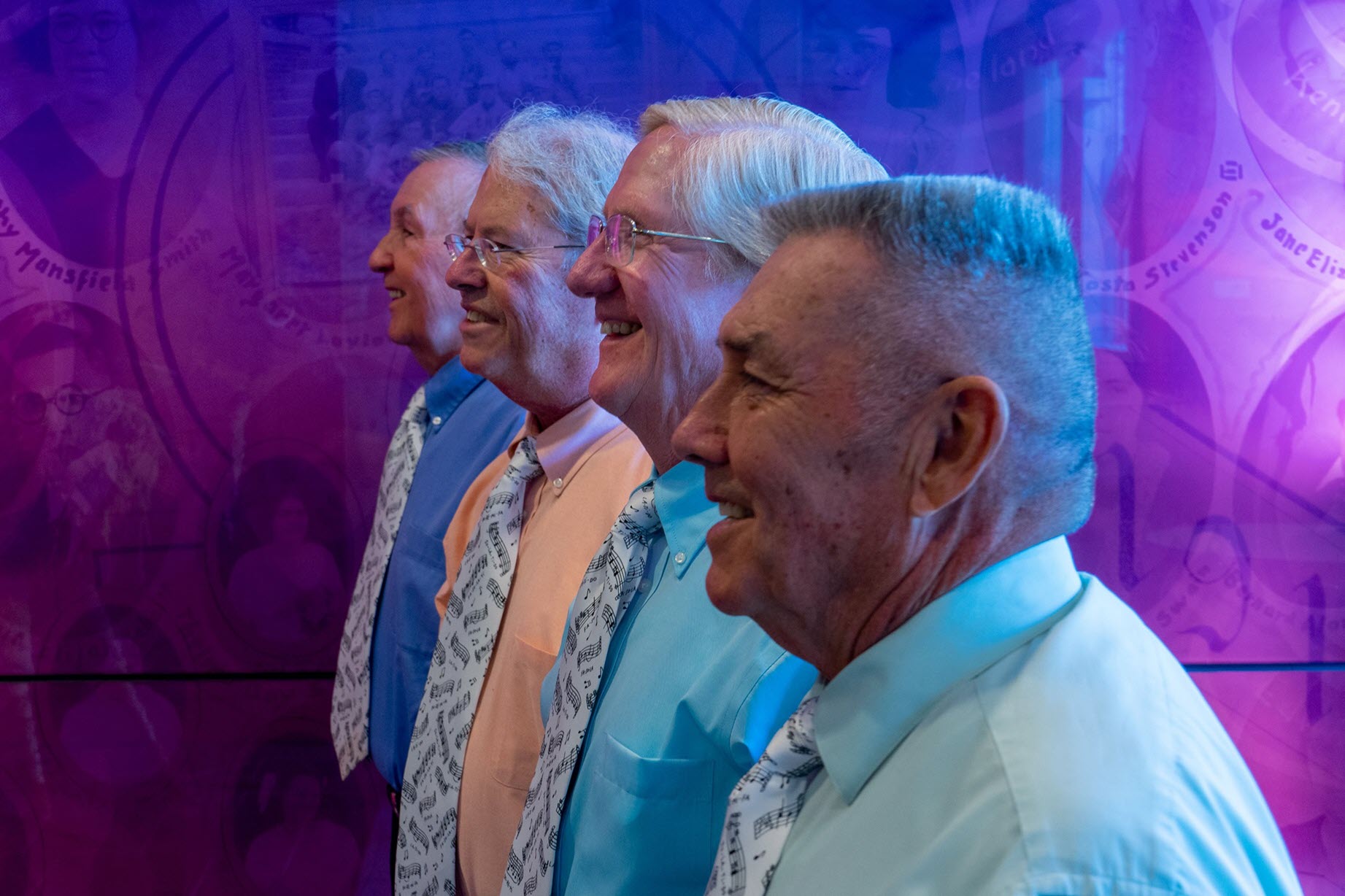 Never Home 4 is a “seasoned” barbershop quartet with collectively over 100 years of membership in the Barbershop Harmony Society, the largest male singing organization in the world.

The Quartet has been around since 1995.  They manage to stay busy providing entertainment at banquets, variety shows, expos, club meetings, conventions and private events. Never Home 4 has an ongoing outreach to local middle and high school music programs, providing demonstrations, performances and coaching to schools throughout the Triangle area.

They have a mix of Barbershop "oldies", Broadway show tunes, old standards, doo-wop, patriotic and contemporary numbers in their repertoire and their enthusiasm for this American art form has captivated their audiences over past 20+ years.

Sign up for our newsletter to receive the latest news and event postings.